Throughout my entire life I have never quite “fit in” when it came to my choice of music.  I grew up in south Florida where rap and hip-hop were dominant and except for a little TLC and Fugees {are they even considered hip-hop?}, I’ve never much enjoyed those genres of music.  Then when I was 18, I moved to a very tiny {although incredibly beautiful} town called Durango in southern Colorado and the music scene was drastically different.  I remember meeting my college roommate for the first time and shocking her with my lack of knowledge of Dave Matthews Band, Jack Johnson, and Bob Marley.  I think I may have been the only 18 year-old in America who had the soundtrack to Labyrinth on rotation with Fleetwood Mac and Bruce Springsteen going on in her car.

Maybe it’s because of the drastic change of my environment that it took me so much longer than most people to figure out what my ears love to hear.  I’ve come to love artists like Dave Matthews Band, Griffin House, Bon Iver, Fleet Foxes, and then Neil Young simply melts my heart {“Keeps me searching for a heart of gold…“}.  So I’d say my music home definitely lies in the valley of the Indie-Folk Rock genre {or “hippie music” as my husband’s friends so lovingly call it}.  But more recently I’ve found my ‘me’ music.  Do you know what I mean?  It’s that music that you discover that just seems to make sense of any mood you’re in and it has the uncanny ability to make you feel better and think clearer.  They are not a particularly famous band, although 14,000 fans on their Facebook page might say otherwise, and I hope that they never really become all that famous.  I like paying only eight dollars for a ticket to see them play!  Which is what I get to do this coming Sunday in Denver and I am extremely excited!  One of my favorite things about my husband is his ability to love any music (namely, mine) and he has always been a willing concert go-er.  If you’re willing to check out this band {links below}, be forewarned, there are no lyrics.  But they are a far, far cry from elevator music.

{Straight from their site:} Balmorhea (pronounced BAL-MORE-AY) is a six-piece instrumental group from Austin, TX.  Founded by Rob Lowe and Michael Muller in 2006, the band has produced five full-length albums, including the forthcoming Stranger, which will be released in the United States in October 2012.

Inceptually influenced by the band’s namesake, a tiny West Texas town of 500 people, Balmorhea’s early work reflected motifs of the American Southwest: the folklore of Texas settlers, the emotive proclamations of the mountainous setting, and intimate studies on solitude, nature, and night.  Slowly adding more members to the band over the years, including a string section and full percussion, Balmorhea’s rich and layered music continues to be simultaneously concise and complex, uniting a collection of ideas, textures, and sounds into one genre-defying landscape.

Balmorhea, called “an exemplary experiment in restraint” by The New Yorker, has toured the US and Europe five times each, including shows with Fleet Foxes, Mono, Tortoise, Bear in Heaven, Sharon Van Etten, Damien Jurado, Here We Go Magic, and others.  Additionally the band has performed at Austin City Limits Music Festival, SXSW, Fun Fun Fun Fest, and the Hopscotch Festival.  Their music has been featured and reviewed by Pitchfork, MOJO, NME, Time Out New York, Drowned in Sound, NPR, and many more.

Want to hear for yourself? 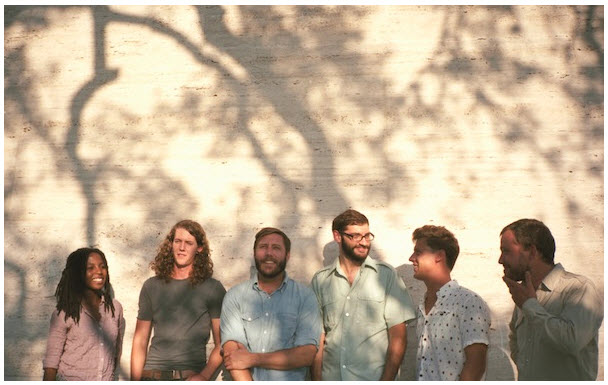